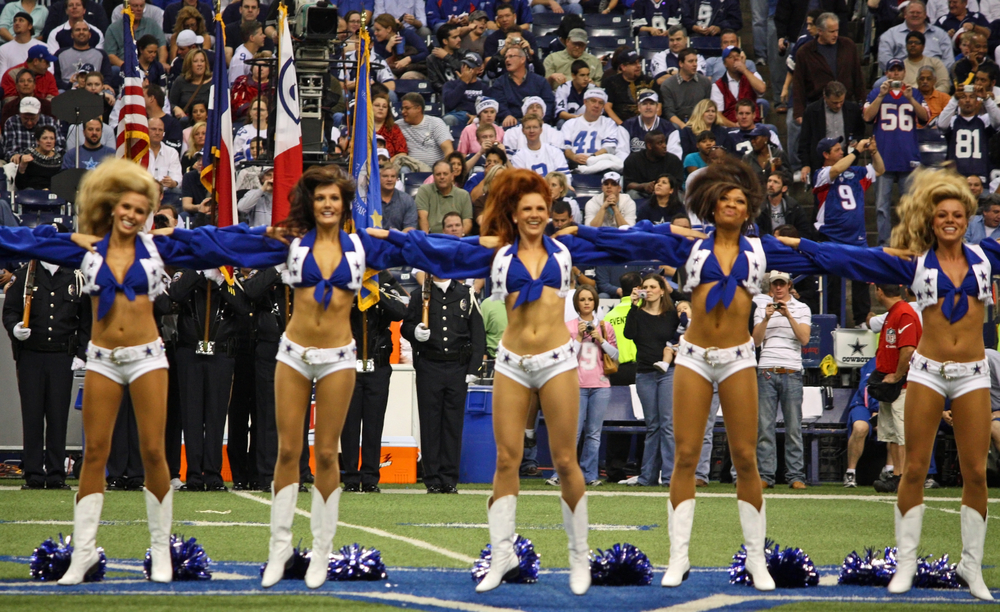 The Dallas Cowboys Cheerleaders are more than just for entertainment purposes during halftime. They represent the Dallas Cowboys and they bring life to every game. This group is considered to be one of the best squads in the NFL. While the sport itself is the highlight, you cannot erase the fact that the talented women in this group have made every single game come to life.

The Dallas Cowboys Cheerleaders through the years

When the cheerleading squad was created, it was composed of both male and female high school students. They were then called the “CowBelles and Beaux”. The made their debut on the sidelines during the inaugural season of the Cowboys in 1960.

The idea of forming a cheerleading squad came to Tex Schramm, who was the general manager of the Cowboys. It happened when Bubbles Cash, a stripper, caused a reaction from the crowd by simply walking down the staircase while scantily clad, holding a cotton candy in each hand. He thought of the entertainment that this particular scenario caused and he decided to use it to make every football more appealing. When there is an appeal, popularity follows. That increases the profitability of the Cowboys. This is why by 1969, the male cheerleaders were removed from the squad. The management gathered an all-female squad from the local high school cheerleading squads all over the Dallas-Fort Worth area.

This was the birth of the Dallas Cowboys Cheerleaders.

To increase the hype and promote a new image, Schramm changed the uniforms of the cheerleaders to make it more revealing. Not only that, they focused on dance routines instead of the usual acrobatics that was common among high school cheerleading squads. When it came to the cheerleaders themselves, qualifications included an 18-year-old minimum age limit, attractive, raw talent, and athletic ability.

The modified cheerleaders made their debut during the 1972 season.

The rising popularity of the Dallas Cowboys Cheerleaders 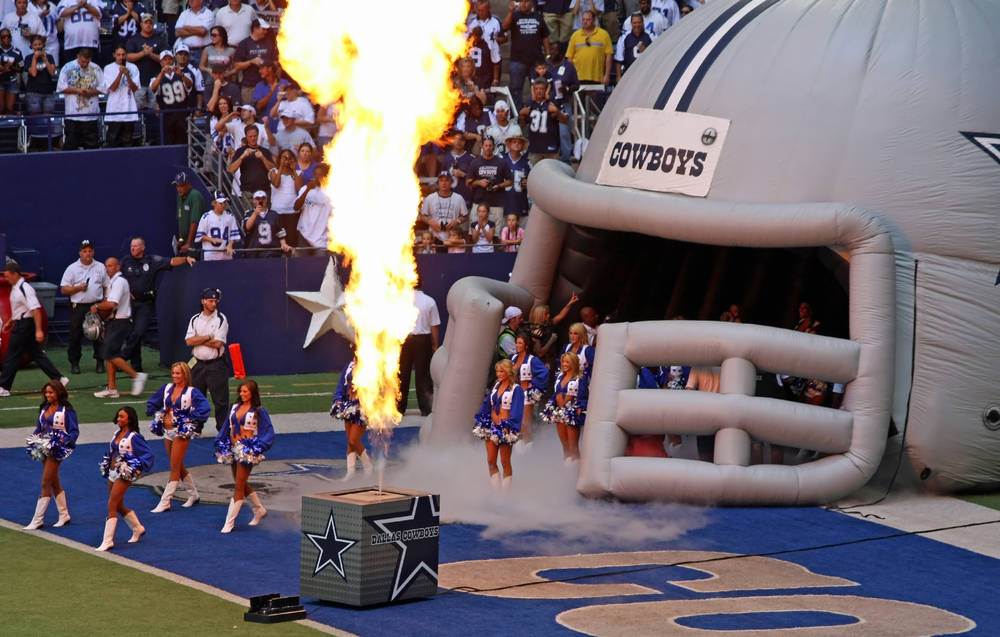 Over the years, campaigns, cover photos, TV appearances, and various events made this cheerleading squad very famous. They even had a made-for-TV movie entitled “The Dallas Cowboys Cheerleaders” in 1979. This starred Bert Convy and Jane Seymour. Another TV movie was aired the next year.

With the rising popularity of the squad, the Cheerleaders were featured in various merchandise of the Dallas Cowboys. This included t-shirts, calendars, posters, and even trading cards. The cheerleaders also took time to go overseas with the United Service Organizations – most of which was meant to entertain the US troops stationed there.

In 2006, the Cheerleaders were able to produce their own reality TV series called Dallas Cowboys Cheerleaders: Making the Team. It airs on CMT (Country Music Television) and only during the NFL football season. The series usually follow the team through the auditioning process that makes up the annual squad.

Among the other appearances of the squad includes the opening ceremony and podium of the 2013 United States Grand Prix. This was held in Austin, Texas.

Today, the squad is led by Kelli McGonagill Finglass as the director and Judy Trammell as the choreographer. Both of them were former Dallas Cowboys Cheerleaders themselves.